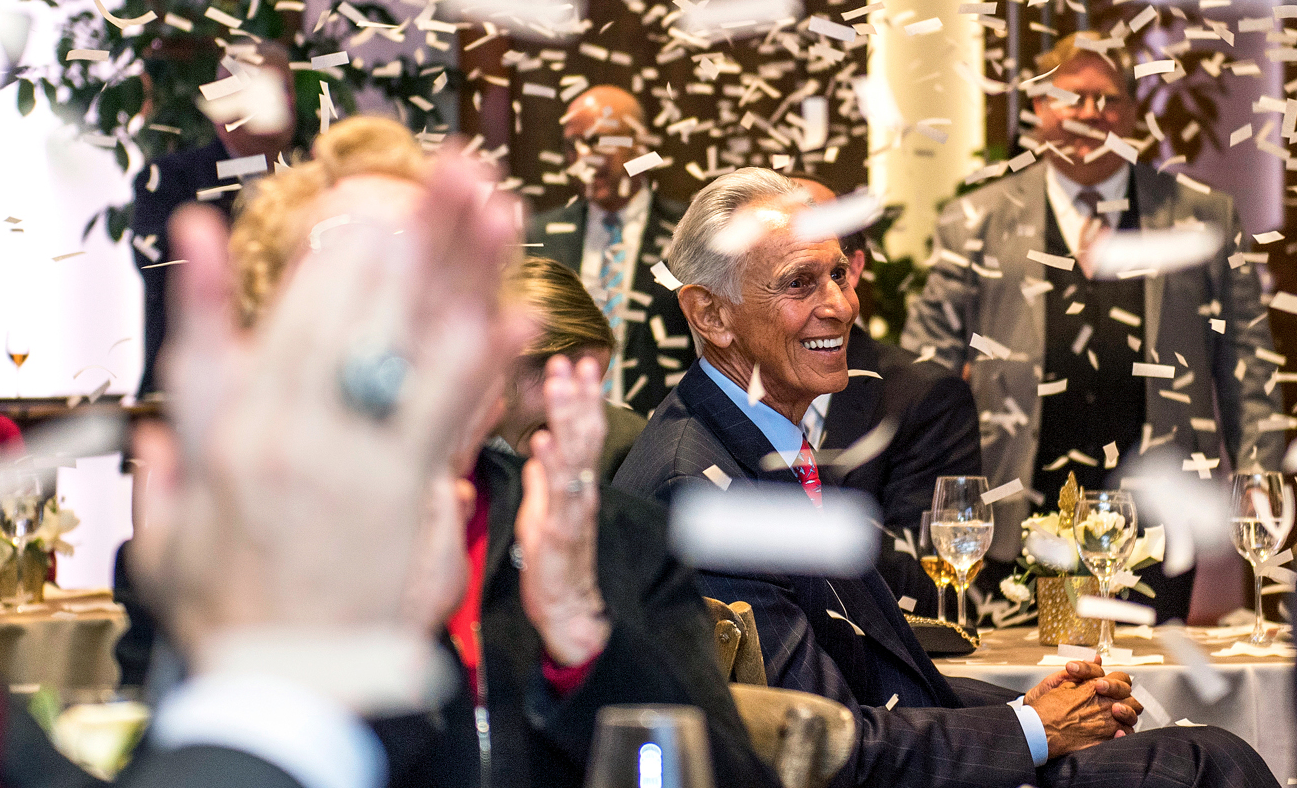 Northeastern University is naming its fastest-growing college the Khoury College of Computer Sciences in honor of alumnus and trustee Amin Khoury. Inspired by Northeastern’s leadership in digital innovation, Khoury has endowed the college with $50 million to support all aspects of the college’s future focus.

“In the world of higher education, truly historic moments happen when a compelling vision is joined together with a powerful investment,” President Joseph Aoun wrote in a message to the Northeastern community. “Amin Khoury is a far-sighted entrepreneur who built his career by anticipating trends and making transformative decisions. Amin understands the limitless promise of technology to shape our society, and his support will allow us to advance the frontiers of knowledge in the age of artificial intelligence. All of us in the Northeastern family are grateful for his wisdom and support.”

Khoury, an accomplished entrepreneur who earned his MBA at Northeastern, has launched and scaled companies in a variety of fields, including medical products, medical services, aerospace manufacturing, aerospace distribution, and oilfield services. He and his wife, Julie, met at Northeastern while she was also earning her MBA.

“Julie and I spent some time thinking about how we might be able to give back to the university and its students in a way which could be really meaningful,” Khoury said. “This is more rewarding for us than it is for the university.”

Northeastern’s Khoury College of Computer Sciences is a national leader in cybersecurity and privacy in an increasingly digitally connected world. It will be one of the first named colleges of computer science nationally. Over the past decade, computer science enrollment at Northeastern has skyrocketed, and now stands at 3,474 students. Simultaneously, the academic quality of computer science applicants—already at a high level—continues to rise each year.

“Julie and I would like to help prepare learners for a future reality where human, data, and technological literacies will become imperative for success and leadership in a world based on innovation rather than resources,” Khoury added. “This digital transformation is well underway, and it is impacting how all of us communicate, learn, and work.”

Khoury’s vision for the Khoury College of Computer Sciences is strongly aligned with the university’s academic plan, Northeastern 2025. As the global economy adapts to the influence of artificial intelligence, machine learning, robotics, and cybersecurity, Northeastern is empowering humans to be agile learners, thinkers, and creators, beyond the capacity of any machine. During a private meeting with computer science faculty and staff on December 7, Khoury suggested that he was doubling down on that mission.

“You are the folks who are going to help today’s learners make contributions to help our companies remain at the forefront,” Khoury said. “In our view, this was the organization at Northeastern that should have the additional funding to help separate this school from those that are going to be looking at us from behind.”

As faculty and staff in attendance applauded Khoury for his support, he responded to their praise by applauding them. “For you,” Khoury said, nodding and smiling as he clapped in celebration. “For you.”

A relentless entrepreneur, Khoury had launched several other companies when he recognized an opportunity in the aerospace industry, which was fragmented, with a number of small players who supplied airlines with various cabin interior components. In 1987, he founded BE Aerospace, which consolidated these airline products under one roof to become the leading global manufacturer and service provider of cabin interiors on behalf of virtually every airline around the world.

In 2017, Khoury was honored with Northeastern’s inaugural Distinguished Entrepreneur Award. In 2003, he and his wife established the Amin J. and Julie E. Khoury Endowed Scholarship Fund for undergraduate students pursuing technological entrepreneurial studies, which has granted scholarships to 21 students.

← This Entrepreneurial Award Came from the Heart You Made Northeastern's 3rd Annual Giving Day Spectacular! →
X