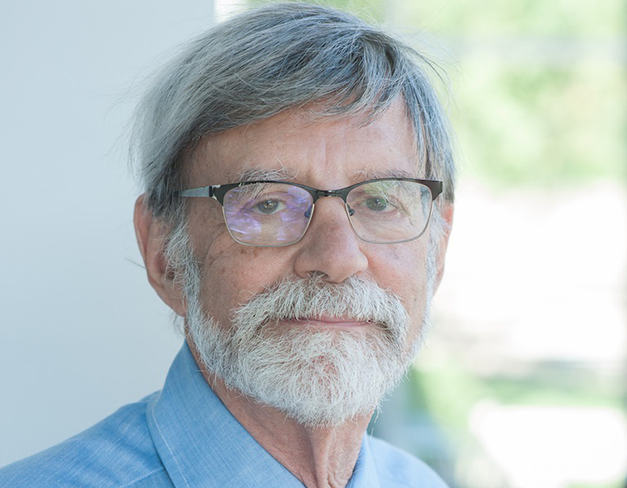 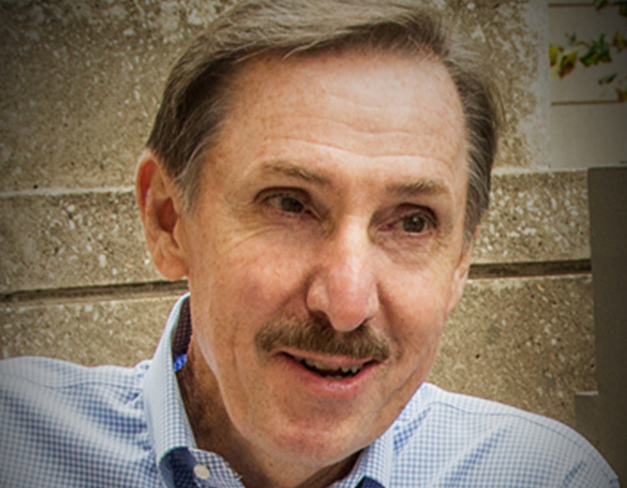 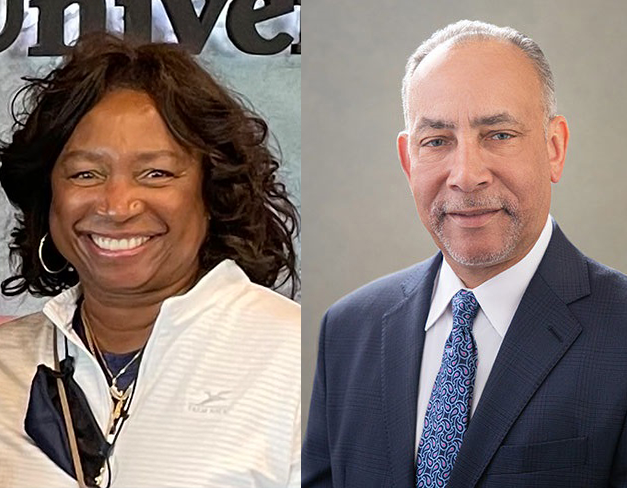 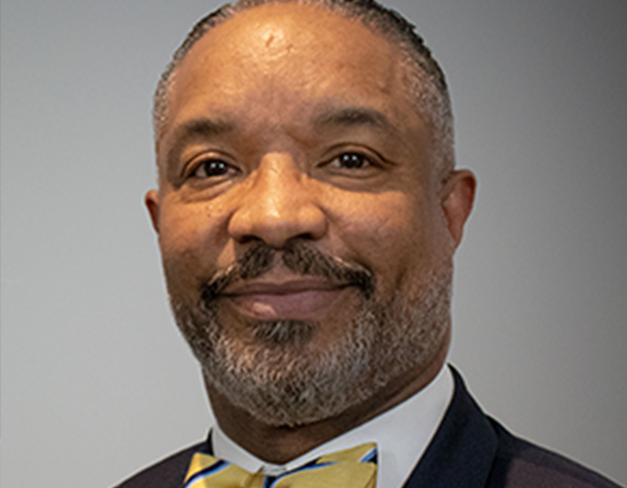 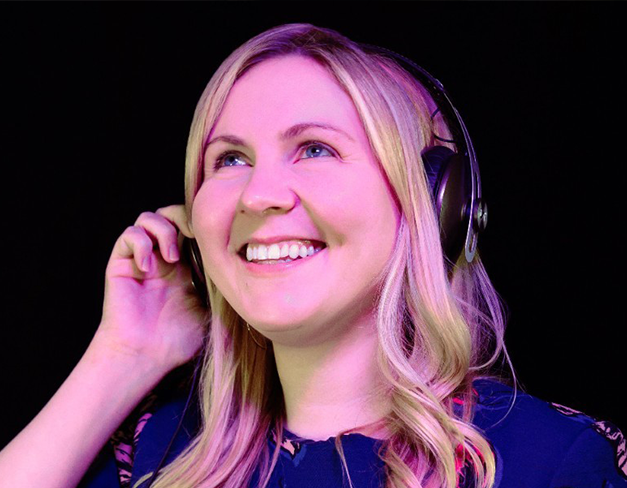 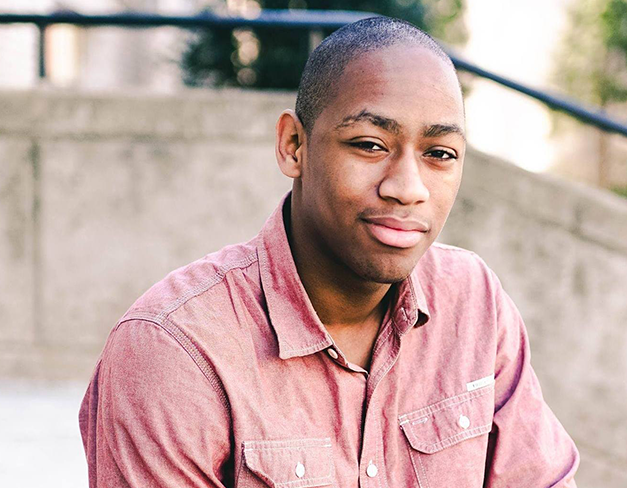 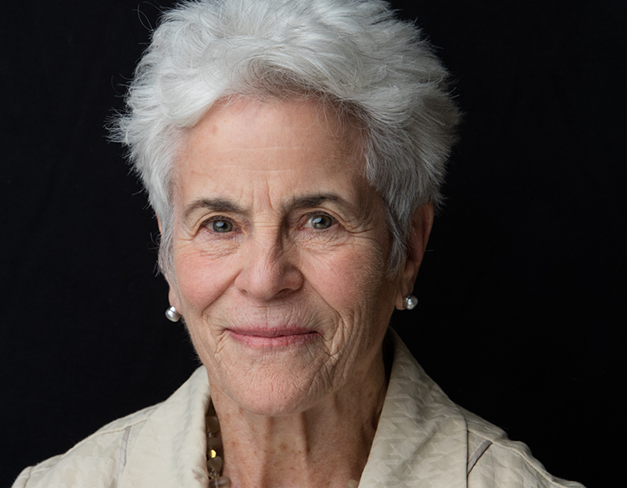 Read her bio
Leave a tribute for Nonnie

About our Annual Awards

Presented by President Joseph E. Aoun
The Presidential Medallion is the university’s top honor. It symbolizes excellence, commitment, and dedication to advancing Northeastern. When selecting a recipient for this honor, the university looks to people who are shining exemplars of Northeastern’s academic and research excellence.

The new Northeastern University Impact Award is bestowed upon a faculty or staff member who has implemented meaningful initiatives in an exemplary manner, ultimately helping to improve the quality of connections between students, faculty, alumni, or parents to Northeastern. This individual has gone above and beyond what is expected in a normal range of responsibilities to enhance the experiences of the university community. Nominees may include dedicated mentors, creative idea nurturers, and committed network builders.

The Northeastern University Pioneer Award is given to individuals who have made outstanding contributions to the greater community and who are pioneers in their own right. The award recognizes university citizens who make a deep and lasting impact through their support of Northeastern, the depth and breadth of their engagement across the university, and for spearheading work in their personal and professional lives that create opportunities that otherwise may not have been attainable for those who follow.

The Northeastern University Emerging Leaders Award is presented to recent graduates who have demonstrated early, sustained commitment in furthering the university’s mission. The award recognizes next-generation leaders who exhibit the potential for continued service in advancing our students and faculty, expanding our global network, and deepening our impact worldwide.

At this year’s Networked for Life awards ceremony, we have a lot to celebrate—most importantly, the tremendous efforts and achievements of our award recipients. We are also celebrating being able to gather in person again and to make those human connections that are so vital to our intellectual, social, and professional growth.

Connecting with the world around us is fundamental to the mission of Networked for Life. Our inspiring volunteer leaders are energizing our efforts to expand Northeastern’s global university system. They are forging pioneering partnerships, and they are positioning the next generation to be essential contributors to this vast network of possibility.

Thank you for joining us in recognition of their invaluable impact.

McDonough currently is a founding partner at Guidon Partners, a private equity co-investment firm specializing in the healthcare services industry. He is a member of the strategic advisory board at Zeigler, a specialty healthcare investment bank. He also serves on the board of Opioid Clinical Management Inc.

McDonough graduated with a BS in business administration. Subsequently, he became involved with the university. He served as chair of the Dean’s Executive Council at the D’Amore McKim School of Business. He has also served as a member of the Northeastern Corporation, member of the Academic Affairs and Student Life Committee and continues to be an active member of the greater university community.

Richard Harris holds a bachelor’s degree in industrial engineering, a master’s degree in applied educational psychology, and is a STEM education doctoral candidate. Prior to joining Northeastern in 2003, he was an engineer for more than 15 years and a manager at Micro Wave Associates Companies, Inc., a Tyco Electronics Company, and Mitsubishi Chemical America, Inc.

Harris has contributed to and oversees grants including the NSF Northeast Louis Stokes Alliance for Minority Participation Program; the NSF INCLUDES Engineering PLUS Alliance; the S-Power Scholarships for STEM partnership with historically Black colleges and universities; and the LSAMP Bridge to the Doctorate.

He is a volunteer leader with the Society of Hispanic Professional Engineers; National Society of Black Engineers; National GEM Consortium; Good Sports; Mass General Brigham Community Advisory Board; Empower Yourself youth-based STEM program; and the Concerned Black Men of Massachusetts, Inc., which oversees the Paul Robeson Institute for Positive Self-Development Program for urban males in grades 3–12.

Molly Beck is an award-winning entrepreneur who founded Messy.fm, a startup that allows companies to easily record, edit, and distribute podcasts for internal communication purposes. Messy.fm is backed by investors like Randi Zuckerberg, Techstars, and Comcast Ventures, and trusted by some of the biggest names in the Fortune 100. Beck is also an author, penning the best-selling business book Reach Out: The Simple Strategy You Need to Expand Your Network and Increase Your Influence, a practical guide to building valuable connections to transform your career and life.

In 2021, Beck won an inaugural Innovator Award from Women Who Empower, Northeastern’s inclusion and entrepreneurship initiative. Before founding Messy.fm, she gained a wealth of experience in marketing, having previously worked as a marketing manager at Hearst, head of brand marketing at Venmo, and the team lead of podcasts at Forbes. She also was recently named to the National Small Business Association Leadership Council.

Beck holds a BS in finance and entrepreneurship from the D’Amore-McKim School of Business and an MS in international marketing management from Boston University. She is returning to Northeastern to pursue a master’s degree in computer science through the Align program.

More than 50 years ago, Dick Daynard arrived at Northeastern to teach at the School of Law. Since then, he has become a legal legend, fighting tirelessly to make the world a better place by establishing the legal responsibility of the tobacco industry for tobacco-induced death, disease, and disability.

As a University Distinguished Professor of Law, Daynard teaches public health law, strategic litigation, and interdisciplinary studies to both law students and undergraduate honors students. He has written and co-authored more than 90 articles; lectured about legal issues in the control of tobacco and obesity in 54 countries; and chaired 25 national and international conferences on these subjects. As president of the Public Health Advocacy Institute, Daynard chairs the Tobacco Products Liability Project and initiated the new Center for Public Health Litigation.

Daynard has been honored frequently throughout his illustrious career, most recently with the Robert Morris, Sr. Award for Courage in Litigation from the Massachusetts chapter of the American Board of Trial Advocates. He has also been the principal investigator in grants and contracts from the National Cancer Institute, Massachusetts Department of Public Health, and more.

Lamar Letts graduated from Northeastern with a bachelor’s degree in business administration. Combining his passion for sports, healthy living, and entrepreneurship, he founded Hylux, a vitamin-enhanced water company that addresses nutritional deficiencies in sports beverages. Hylux is a low sugar, low-calorie, and high nutrient alternative to a sugary sports drink—that Letts first started developing in his dorm room!

Hylux was a finalist for a Thiel Fellowship and won a $10,000 grant from IDEA, Northeastern’s venture accelerator. Since then, Letts’ personal brand and business have grown exponentially: His products can be found on Amazon; he has been featured in The Boston Globe and HuffPost; and he’s one of the youngest CEOs to have a product sold on Walmart’s retail site.

Shelley and Ann Stewart both earned their bachelor’s degrees in criminal justice at Northeastern, with Shelley later earning his master’s degree in the same field. He obtained his MBA and an honorary doctor of business administration from the University of New Haven, and Ann earned her master’s degree in public administration from the University of Hartford.

Shelley has had a distinguished career in supply chain management, working for some of the world’s most recognized industrial companies. He spent 19 years at United Technologies Corporation in various leadership roles and concluded his time there as director of worldwide sourcing. He later served as vice president of supply chain management at Raytheon Company, Invensys (now Schneider Electric), and Tyco, before joining E.I. du Pont de Nemours and Company as chief procurement officer before retiring in 2018. Today, he is a managing partner at Bottom Line Advisory LLC, a boutique consulting firm.

Ann’s successful career in  government began as a co-op student with the Supreme Judicial Court of Massachusetts. She has spent nearly two decades managing the court system for the State of Connecticut, and was the highest ranking non-judicial administrator—a role typically reserved for judges.

Together, the Stewarts have a long history of volunteer leadership. Shelley has served on the Northeastern University Corporation; the audit committees and nominating and governance committees at Otis Worldwide and Kontoor Brands; the University of New Haven’s Board of Governors, the advisory board of Drexel University’s Center of Corporate Governance, and the board of trustees at Howard University. He is also chair of the Billion Dollar Roundtable Inc. (BDR), an advocacy organization that promotes corporate supplier diversity excellence and advances best practices.

Ann serves as a council member on the Dean’s Strategy Council at Northeastern’s College of Social Sciences and Humanities, and is a member of the advisory board at the University of New Haven’s Henry C. Lee College of Criminal Justice and Forensic Sciences. She is also a trustee at the Union Chapel Church on Martha’s Vineyard.

The Honorable Nonnie Burnes was married with three children before she made the decision to go to law school, earning her Juris Doctor degree from Northeastern’s School of Law in 1978. After 18 years at the Boston law firm Hill & Barlow, Governor William Weld appointed her to the Massachusetts Superior Court in 1996. In 2007, Burnes was appointed as Massachusetts Insurance Commissioner, where she led the deregulation of the automobile insurance industry to make rates more affordable for drivers, an action praised by former Governor Deval Patrick.

Burnes’s legacy at Northeastern is lengthy. As a trustee from 2000 to 2010, she helped guide the university to become the world-class research institution it is today. A philanthropic gift made with her husband, Rick launched the Public Interest Law Scholars Program, providing financial support for law students interested in social justice. She was also a senior university fellow at the School of Public Policy and Urban Affairs. Before Burnes passed away in 2021, she and Rick made a $20 million commitment to establish the Burnes Center for Social Change and Innovation, a cornerstone of the university’s commitment to driving social impact for a more just and equitable world.

Burnes was passionate about social change, particularly equality, justice, and the greater good of society. She was a board member and chair of the Planned Parenthood League of Massachusetts and on the board of the Center for Reproductive Rights. In 2021 the Women’s Bar Association of Massachusetts gave her the Lelia J. Robinson Award for being a female pioneer in the legal profession. She was also passionate about her family, including her nine beloved grandchildren.

Born on November 22, 1918, in Malden, Massachusetts, to first-generation American parents, Louis Barnett earned degrees in chemical engineering and industrial management before starting his business, Loma, in 1948 with an order for plastic fishing lures. By 1965, Loma had grown by leaps and bounds, and Barnett had many firsts to his credit, including the plastic garbage can, the plastic roll-top bread box, plastic the paper towel dispenser, and the plastic clothes hamper. He sold the company in 1966. Barnett is also a philanthropist, author, gourmet cook, connoisseur of fine wines, and cigar afficionado. He has served on the boards of banks, companies, hospitals, arts organizations, and universities in the U.S. and Israel.

Through philanthropy, the Barnett institute of Chemical and Biological Analysis at Northeastern University was founded and named for him in 1973. Today, with more than 50 scientists and an $8 million endowment, the institute is internationally recognized as one of the premier centers for cutting-edge research and advanced training in analytical chemistry for biomedical applications. The Barnett Institute’s active program of spin-outs and licensing technology provides for many real-life applications of research advances, which have led to more than 1,000 published papers and 75 patents. Its more than 400 graduates are leaders in prestigious academic institutions and the pharmaceutical industry. Barnett serves as chair of the advisory board for the institute, and has held volunteer leadership roles at Northeastern as both Corporator and Overseer.