Dona Bertarelli: The Power of Philanthropy in Saving the Blue Planet 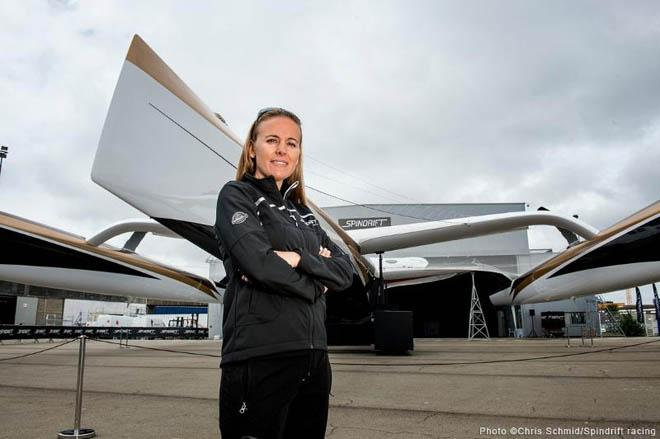 Dona Bertarelli is the fastest woman to sail around the world, but that isn’t her only feat. She’s also a renowned philanthropist and activist who has helped protect more than a million square miles of ocean, with the goal of saving many more.

On Tuesday, September 28, members of the Northeastern community learned more about Bertarelli in Discovering an Ocean of Opportunity: The Philanthropic Journey of Dona Bertarelli, part of Northeastern’s Experiential Philanthropy Series. In the program, she discussed the impact of philanthropy, the importance of education, and the power of scientists and nonscientists alike to save the world’s oceans.

The discussion was moderated by Daisy Kendrick, SSH’16, founder of Ocean Generation and author of The Climate is Changing, Why Aren’t We? A practical guide to how you can make a difference, and Maarten Eenkema van Dijk, E’14/MS’15, Operations Manager at Van Dyk Recycling Solutions.

In 2011, Bertarelli and her husband, Yann Guichard, co-founded Spindrift, an elite sailing team with nature as its support system. Spindrift’s Sails of Change initiative “is a platform which shines a light on the importance of ensuring a sustainable balance between nature and people.” The team serves as an additional vessel for environmental awareness.

It’s a good pairing, Kendrick said. “Sailing and philanthropy can work together to help children learn about marine conservation and environmental change.”

Bertarelli strongly believes that it’s important for everyone to be involved in the preservation of the world’s oceans. “You don’t need to be a marine biologist to work in the ocean, and you don’t need to be a sailor to be close to the ocean,” she said. “There are many different jobs you can have, and there are many different activities that you can take on and be part of that community.”

And the importance of conserving the ocean is clear.

“The ocean covers 70% of the planet—it’s a blue planet,” she said. “Life comes from the blue, not from the green. The blue existed before the green existed. And so, the air we breathe, the water we drink, the food we eat…everything comes from the ocean.”

The ocean, Bertarelli said, depends on everyone. “The problem is science has been saying it for so many years, and nobody listens. And now we have a chance of saying, ‘You’ve got to take the science, and you need to translate it into a language that people and children and teenagers and young leaders and even the present actual leaders understand,’ and then they’re going to be acting on it.”

Kendrick emphasized the importance and potential impact of “translating the science to a wider audience to engage more people in a topic like oceans.”

A major part of this audience should be women, Kendrick said. “Empowering and educating women where they’re not being educated, so that they can rise up, is incredibly important in every aspect of our world today.”

Bertarelli ended the discussion portion of the event with some advice for students who want to make a difference in the world.

“The first advice is be yourself. It is your biggest strength, so don’t try to be like the person next door,” she said. “My number two advice: Be passionate and also be curious; don’t be scared to ask questions.”

In the Q&A portion, Eenkema van Dijk also touched on this topic. “It’s about finding that passion and taking the time to go out there and find what interests you.”

Diane MacGillivray, the Senior Vice President for Advancement, was inspired by the discussion. “Listening to this conversation gives incredible hope, not just for today, but certainly for tomorrow,” she said. “The work remains in front of us, but together I’m confident that we will find a way forward.”