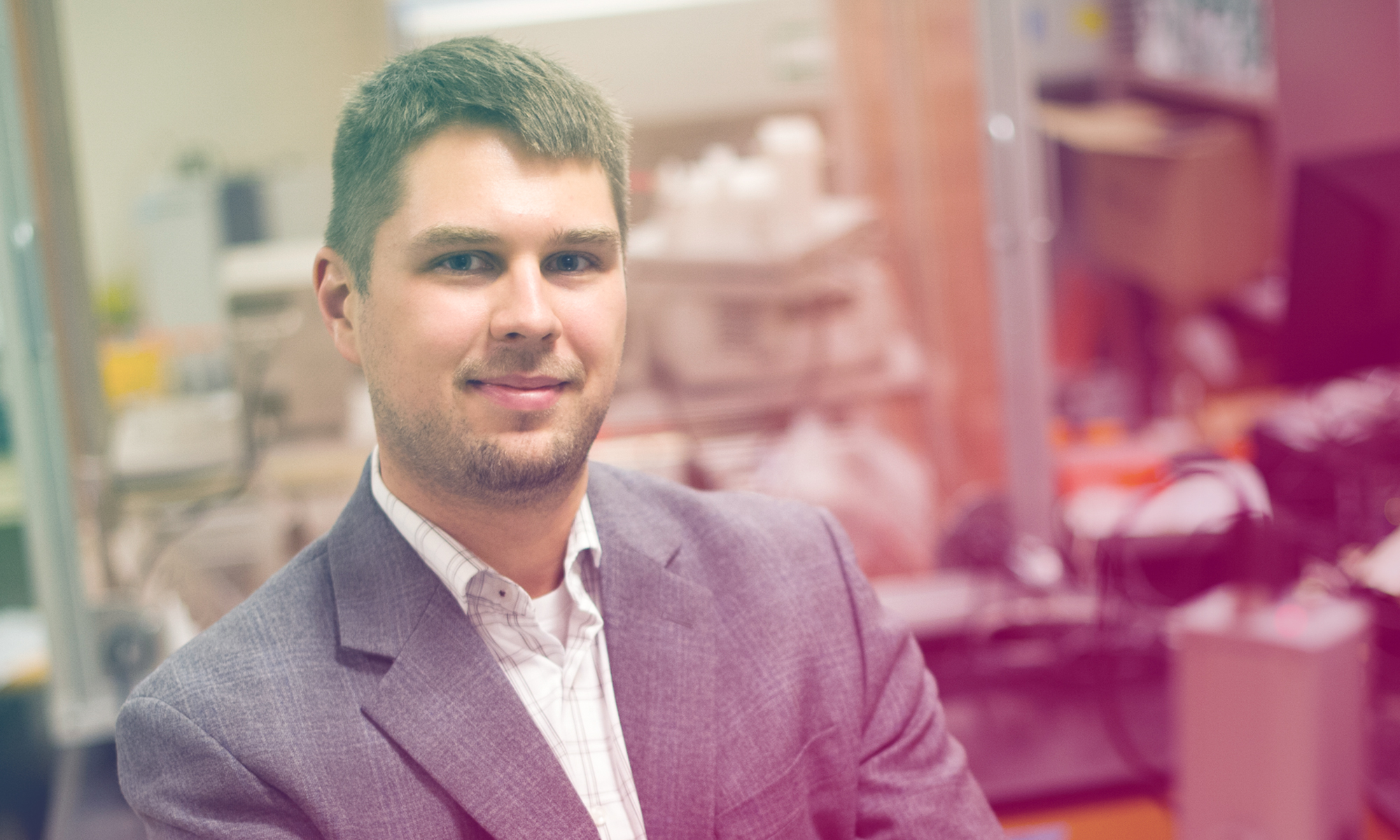 When Ed Goluch came to Northeastern as a biochemical engineer in 2010, he was perfectly content in his lab and had no interest whatsoever in becoming an entrepreneur.

It’s a good thing that changed. His company, QSM Diagnostics, is developing a medical device that will detect bacterial infections in less than five minutes compared to the current three days. It also cuts the cost of an individual test from $150 to $5.

“With quick detection, we’ll be able to treat patients with the right antibiotic almost immediately,” says Goluch. “Early diagnosis would also stem the rise of hospital infections and slow the emergence of drug-resistant bacteria, which is a global concern.”

Goluch’s transformation from researcher to entrepreneur is due to the guidance of three pieces of Northeastern’s entrepreneurial ecosystem, each of them funded by donors to the Empower fundraising campaign. He also received research support as the DiPietro Professor of Chemical Engineering, an endowed position created by William DiPietro, E’42.

“I’VE GROWN TO ENJOY WEARING BOTH HATS—RESEARCHER AND ENTREPRENEUR—BUT THAT WAS CERTAINLY NEVER THE PLAN.”

“This has changed my perspective on how engineering research should be conducted,” he says of the business training he received. “When I take on new projects now, my first questions are, ‘What is the market for this work?’ and ‘What problem will it solve?’ I think that’s a good way for engineers to think. I’ve grown to enjoy wearing both hats—researcher and entrepreneur—but that was certainly never the plan.”

It all started in 2012, two years after Goluch arrived at Northeastern. He was conducting research on a new sensor that could diagnose infection more quickly and accurately by detecting the molecules that harmful bacteria secrete to communicate with one another.

“There was a news story about the long-term applications of my discovery, and I got a call from a woman at a healthcare consulting company who wanted to know if I had a product. Well, my answer was ‘no,’” recalls Goluch. “That got me thinking that I should create one. But I had no idea how to do that.”

The first organization he contacted was the university’s Center for Research Innovation, which helps researchers transform lab discoveries into practical solutions. Experts at CRI helped Goluch with patent applications and put him in touch with private engineering firms. But those firms all asked the same question: Do you have a team to bring this idea to market? He didn’t.

“I decided that if I was going to put together a team, I may as well have the company,” he says.

That’s when Goluch got involved with a second Northeastern organization: Health Sciences Entrepreneurs, which provides business education and mentoring for faculty, students, and alumni trying to launch health-related startups. The organization has 105 volunteer mentors from private industry who assist companies they believe will make an impact.

Goluch made a presentation during a mentor luncheon in 2014, and based on his pitch, assembled a team of four mentors with expertise in finance, manufacturing, nursing, and fundraising. The team leader, Craig Sockol, MS’79, was a perfect fit—he’d previously started several businesses in the medical field, including a lab that conducts medical tests.

“IT’S GREAT TO BE IN A UNIVERSITY SETTING BECAUSE YOU HAVE THE FREEDOM TO GO IN LOTS OF DIFFERENT DIRECTIONS AND SEE WHAT WORKS AND WHAT DOESN’T WORK.”

Over the next two-and-a-half years, Goluch met monthly with his team. When he graduated from the HSE program in January 2017, several of his teammates agreed to serve on the board of his company, QSM Diagnostics.

The third Northeastern organization was IDEA, a student-run venture accelerator that provided business training and $10,000 in seed money to develop the sensor technology. IDEA also introduced Goluch to professors at the D’Amore-McKim School of Business, who helped him find his CEO, Philip Devlin, E’79, ME’83, a double Husky in electrical engineering, who works for a medical device incubator.

The combined assistance from these three organizations helped Goluch secure a $50,000 grant from the National Science Foundation to develop the hardware for his sensor reading device.

The federal grant also included a six-week crash course on how to start and run a tech business. The class required him to conduct 100 interviews with medical professionals to establish need and viability for his product.

Goluch is currently on a yearlong sabbatical that allows him to concentrate on developing his company and its product. The first product to hit the market will test for urinary tract infections, and the sensor will be ready for use on pets in less than two years and on humans in less than three. Soon after that, he plans to expand the tests to cover infections in the lungs and chronic wounds; both are crucial in hospital settings where early detection is key.

Goluch is also working with biology professor Slava Epstein to develop the next generation of Epstein’s revolutionary iChip, a device that has earned international attention for its potential to discover new antibiotics.

“It’s great to be in a university setting because you have the freedom to go in lots of different directions and see what works and what doesn’t work—and then move it through the development pipeline.”

← After 52 Years at Northeastern, Professor Dan McCarthy Retires An Idea is Not Enough →
X