AN IDEA IS NOT ENOUGH

An Idea is Not Enough 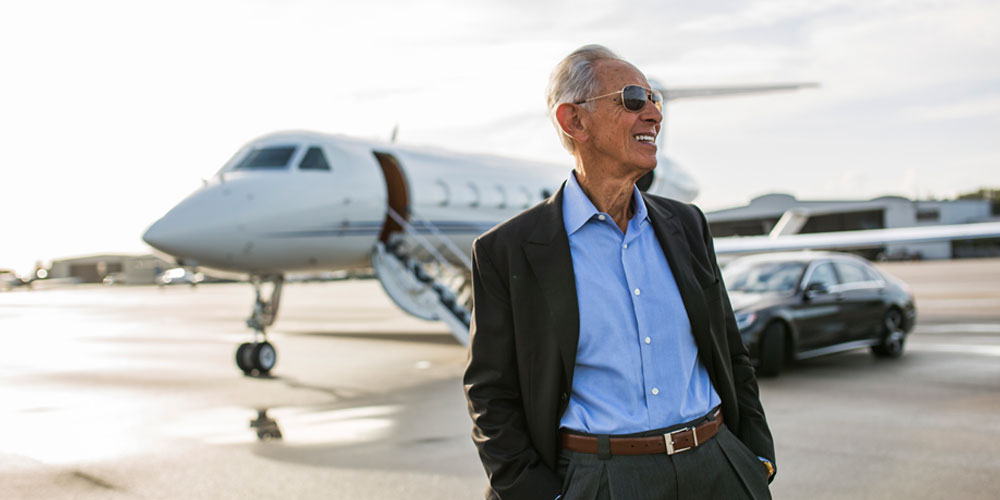 The secret to Amin Khoury’s business success lies in his flair for identifying the missing piece in an industry, then filling that need in a way that makes the entire experience more seamless for the customer. But this flair isn’t a kind of sixth sense. It’s the product of scrupulous market research into the industry, the competition, and the customer base.

The final step, says Khoury, MBA’89, is having the foresight to recognize when it’s time to strengthen and professionalize the management team because the business has grown beyond your ability to do it all.

After developing an innovation in the pharmaceutical research lab where he was employed, Khoury was hired by a scientific instrumentation company, which commercialized his innovation. It also opened up the doors for Khoury to work in manufacturing and marketing, ultimately leading to the position of vice president and general manager of the business that was based on his innovation. Following this, Khoury partnered with a Boston-based venture capital firm and a small defense electronics company to create a multimillion-dollar, publicly owned medical services and products company.

At age 34, he cashed in his chips and took some time off to consider what he wanted to do next.

“All of my previous education was technical in nature,” he says. “So I decided to go back to school and see if I could hone my business skills.”

But he had to find a program that wouldn’t limit his involvement in his ongoing entrepreneurial pursuits.

Northeastern University’s Executive MBA program was a natural choice. He was particularly impressed by the entrepreneurial culture and the university’s appreciation for the unique demands of working students. While at Northeastern, he was planning and building two businesses.

Khoury remembers one incident that captures the Northeastern culture perfectly. He had just begun to take a final exam when he received an important call about one of his ongoing ventures.

“I told my professor, ‘If you fail me, that’s fine, but I have to take this call,’” he recalls with a smile.

The professor let him take the call but didn’t allow for extra time to finish the exam.

“I got back into the room, and there were only 15 minutes left to complete the exam. I answered all the questions I could and turned it in. It was what it was,” says Khoury.

Khoury graduated first in his class, and 10 years later, also won the university’s Medallion Award, which is presented to alumni with exemplary professional accomplishment, integrity, and service to the university.

The birth of an industry leader

One of the ventures that Khoury was working on while he was at Northeastern was the company that would bring him his greatest success.

An avid reader, Khoury embraced the renowned economist Michael Porter’s approach to business strategy; he started a detailed analysis of several industries to determine which one provided the best opportunity to succeed.

He saw an opportunity to become a global supplier of a broad range of airline cabin interior equipment for the world’s airlines. A supplier which could eventually become the global market leader.

Along with a few investors, Khoury bought a small business in Orlando, Florida, that manufactured electronic passenger control units, which were incorporated into passenger seat arms by the aircraft seating manufacturers (a device which is used to turn on lights, control the audio and video entertainment or call attendants). From there, he made a series of acquisitions, and, over the years, developed a talented team of professionals in research and development, marketing, operations and financial management, and integrated the acquired businesses into a single company.

“The rest, as they say, is pretty much history,” says Khoury.

“SUCCESSFUL ENTREPRENEURIAL BUSINESSES EVENTUALLY EXCEED THE CAPABILITIES OF THE FOUNDER.”

In 2014, Khoury split the manufacturing and services segments into two separate public companies. Then, in April 2017, 29 years after founding B/E Aerospace, he sold the manufacturing segment to Rockwell Collins for $8.6 billion. He stayed on as head of the services business, which he named KLX Inc., after his granddaughters, Katie and Lexi, DMSB’21. The business currently generates almost $2 billion in annual revenue.

Taking it to the next level

But there were many trials along the way, and for him, the hardest lesson was transitioning from an entrepreneur to a business manager. “Successful entrepreneurial businesses eventually exceed the capabilities of the founder,” he explains. “I think Steve Jobs had a very difficult time doing that too,” he says, citing the time when Jobs was removed as CEO of Apple.

According to Khoury, it’s critical for entrepreneurs to recognize when they are no longer able to do it all.

“You come to a point where you need to professionalize the management of your company,” says Khoury. And, the quest for good talent never ends. “A lot of times, you bring people in and they do a good job up to a point, and the business outgrows them too. They either evolve with the developing company, or if they can’t, you bring in additional folks.”

Even then, it’s a continuing struggle.

“It’s not a straight line from startup to success,” he says. “There were many difficult days initially— technology or software that doesn’t work out, products that take longer to get FAA approval, difficulty in dealing with larger clients and major airlines. There are so many challenges that arise over the course of building a business.”

But for Khoury, having a team of sound professionals eased the growing pains.

That’s something he also appreciates about Northeastern’s entrepreneurial ecosystem—young idea generators can find the support, services, and advice they need to make their ventures flourish. It’s why Khoury and his wife, Julie, MBA’89, chose to launch the Amin J. and Julie E. Khoury Endowed Scholarship Fund for undergraduate students pursuing entrepreneurial studies with an emphasis on technological entrepreneurship.

“Northeastern students are smart, ambitious, and aggressive,” says Khoury. “They’re often driven not only by the opportunity to succeed, but also by the fear of failure, which is a tremendous motivator.”

Launched in 2003, the scholarship has been awarded to 21 entrepreneurs to date, leading to several successful ventures.

Khoury has received numerous accolades and awards, including the Ernst & Young Entrepreneur of the Year Award, and the Wright Brothers Memorial Award for Entrepreneurial Innovation in the aviation industry. But, the Distinguished Entrepreneur Award at Northeastern, which Khoury received in November, is the closest to his heart. The award honors entrepreneurs who demonstrate a commitment to giving back to Northeastern, make impactful innovations, and have moved the needle within their industries.

“Julie and I have an affection for Northeastern, and an affinity for the students here. We appreciate their desire to be successful. It truly means a great deal to receive this recognition.”

← Faster, Cheaper, Better "It Was Like Someone Finally Saw the Potential in Me" →
X