Paying it Forward, One Generation at a Time

During the late 1800s and early 1900s, thousands of Native American children were wrested from their tribes by the U.S. government and sent to boarding schools as a method of forced assimilation. Six-year-old Charles Belgarde was one of them.

“Charles was taken from his family on the Turtle Mountain Chippewa Indian Reservation in North Dakota, and brought to an Indian mission school in South Dakota,” says his son-in-law, Harry Yaffe, DMSB’70. But Belgarde, whose American Indian name was He Rides a Painted Horse, later volunteered to fight for the very country that removed him from his family. He joined the U.S. Air Force, and during World War II became a B-17 pilot commanding an all-white crew.

“It was an incredible accomplishment for the time,” shares Belgarde’s daughter, Belle Yaffe. While stationed in Japan, she says, Belgarde learned and developed a passion for carpentry. Upon returning to the U.S. after the war, he attended St. Thomas College in Minnesota and founded Belgarde Construction, which grew into a successful commercial real estate development business.

While Belgarde faced great adversity throughout his life, he had many influential mentors and friends. “Charles always felt inspired to pay it forward,” says Harry. “He made every effort to help those in need any way he could, especially Native American communities on the reservations.”

When Belgarde lived in Minneapolis, he helped tribal members establish themselves in the city by providing housing and jobs. He funded transitional housing for recovering addicts, and he endowed scholarships for Native American medical students at the Mayo Clinic.

“His generosity knew no bounds, and he passed this value on to his family,” recall Harry and Belle. 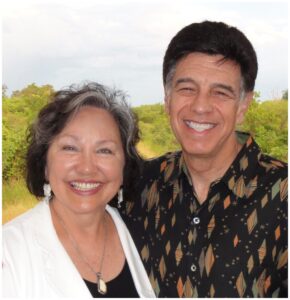 Belle and Harry Yaffe, DMSB’70, have established the Yaffe Diversity Scholarship to promote diversity in academia and industry—and to pay homage to Belle’s father, Charles Belgarde.

Building a Legacy, A Family’s Tradition
Meeting the Belgarde family was a lucky happenstance for son-in-law-to-be Harry. His Northeastern student experience provided the life-changing opportunity to move to Minneapolis for a co-op with Aetna. He learned the ins and outs of the insurance industry, honed his business skills, and received invaluable advice from mentors who would shape the rest of his career. It was also in Minneapolis that he met Belle, who happened to live right down the street.

After earning his Northeastern degree, Harry returned to Minneapolis, where he started a life with Belle and joined Belgarde Construction. He worked his way up, building important relationships with his father-in-law and supervisors who encouraged, challenged, and believed in him. Today, retired from his long, illustrious career, Harry, along with Belle, was inspired to follow in Charles Belgarde’s philanthropic footsteps.

In Belle’s Native American tradition, when one wishes to commemorate an event, the celebrant engages in the custom known as a “give away”: Instead of receiving gifts, the honoree presents gifts to the attendees. In celebration of the 50th anniversary of both their wedding and Harry’s graduation from Northeastern, the Yaffes established the Harry and Belle Yaffe Diversity Scholarship as a gift to the university that played a significant, positive role in their personal and professional lives.

With their scholarship, the Yaffes hope to promote diversity in academia and industry—and pay homage to Belgarde. As a Native American, Belgarde faced discrimination while growing his company. And during Harry’s years at Northeastern, he recalls having fewer than ten female classmates in the business school, and later on, a lack of colleagues of color working in corporate business roles.

“I want to give a student a break with this scholarship,” Harry says. “I got my break thanks to my father-in-law, and I’d like to do that for someone else.” He and Belle advise students embarking on their careers to remain true to their values, especially in the workplace, where they may face difficult choices and challenges.

“Coming from Northeastern, you are academically prepared, and you already have all the skills,” says Harry. “It is so important to build relationships, keep learning, and keep growing. Don’t give up, and don’t let anything stop you.”