'IT WAS LIKE SOMEONE FINALLY SAW THE POTENTIAL IN ME'

A Torch Scholar describes her life-changing moment | BY SARAH COPPOLA

“It Was Like Someone Finally Saw the Potential in Me” 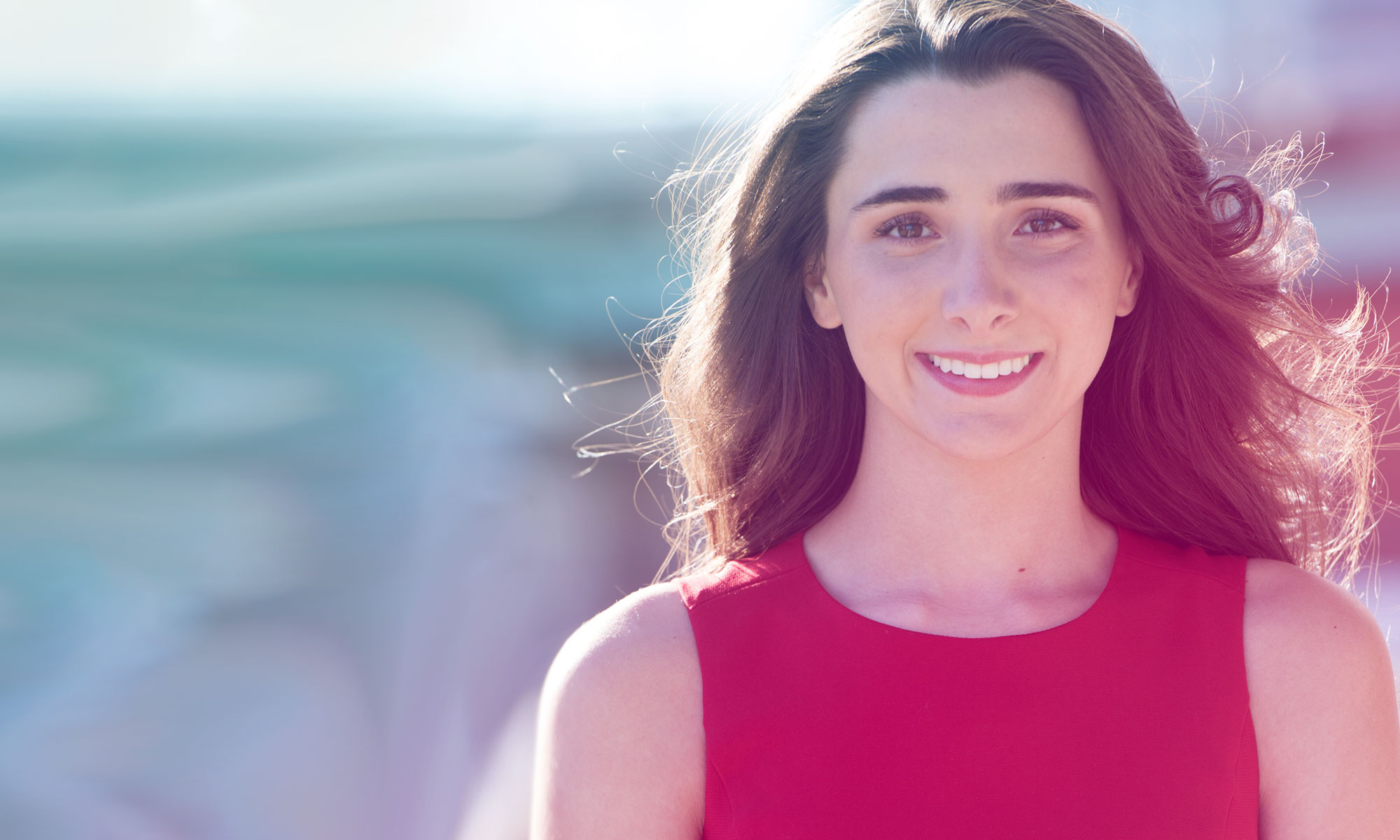 For Chantel Riendeau, DMSB’21, winning a Torch Scholarship to attend Northeastern meant that she could finally “excel, rather than just slide by,” she says. “It meant that I could go somewhere and be something instead of just trying to survive.”

The scholarship—funded by generous donors—provides full tuition, room, and board to students who have experienced childhood hardships but have demonstrated grit and great promise in academics or other pursuits. Each year, the scholarship is awarded to 10 to 12 incoming freshmen out of 500-plus applicants.

Growing up low-income in Haverhill, Massachusetts, Riendeau had parents who struggled with drug addiction. Her father lost his parental rights when Riendeau was five. She and her older sister, Isabella, went to live with their aunt, then went to foster care, then moved in with their grandmother, who also didn’t offer much support. Their mom drifted in and out of their lives, so the two sisters—born less than a year apart—felt as if they were on their own and relied on each other. To this day, Riendeau tears up talking about how her sister protected and cared for her.

“She’s been my number-one supporter and has always told me, ‘There is nothing you can’t do.’”

Riendeau was an average student at her vocational high school until her sophomore-year accounting class, when she went to an accounting conference at Northeastern. Riendeau had never heard of the university, but she was impressed by the poise and smarts of the speakers who were Northeastern students. High school students attending the conference were given a handout with a list of scholarships available at Northeastern. Riendeau read the criteria for Torch and thought that it was tailored just to her.

“IT FELT LIKE THE DIFFICULT THINGS I’D GONE THROUGH IN MY LIFE HAD BEEN WORTH IT.”—CHANTEL RIENDEAU, UPON HEARING SHE WON THE MARY KANE TORCH SCHOLARSHIP

“[The university] seemed interested in who you are as a person and not just a student,” she says. “One line [in the scholarship description] said something like, ‘If you’ve gone through a hardship, we understand you may not have excelled at school.’ It mattered to me that Northeastern recognized that and was looking at more than just my SAT score. It felt like they would take a chance on me.”

From that moment, Riendeau was determined to earn a spot at Northeastern. She worked harder at school and earned straight A’s her junior and senior years—all while working three part-time jobs to supplement her family’s income. Riendeau’s volleyball coach—a mentor—wrote a moving recommendation letter for her Torch application that read in part: “I have never met a more courageous and impressive young person than this one. … Her achievements and pursuit of a successful life come strictly from a Herculean inner strength.”

When Riendeau learned she’d been selected to receive the Mary Kane Torch Scholarship, she cried.

“I’ll never forget it. It felt like the difficult things I’d gone through in my life had been worth it, and the effort I had put into [school] had been worth it,” she says. “It was like finally someone was telling me, ‘We see potential in you’ and that meant a lot.”

Every Torch Scholar attends a six-week summer immersion program of daily classes to brush up on math and writing skills and to prepare for college-level work. Riendeau says she felt behind on many levels but discovered a reserve of inner strength.

“It showed me that, yes, I was capable of staying up until 1 a.m. to finish my work—that I had that drive,” she says. The Torch scholars also quickly coalesced into a family and support group, both academically and emotionally.

“I NOW GET SO MUCH JOY OUT OF BEING IN A POSITION TO HELP OTHERS AND CREATE MY OWN PATH.”

The summer program served its purpose: Riendeau entered her freshman year ready to excel. She made the dean’s list her first semester and has continued to earn A’s. She was recently admitted to Northeastern’s Honors Program and plans to major in accounting and finance. She plans to move to the West Coast after graduation and work in investment banking.

Because it covers room and board as well as tuition, the scholarship has given her the freedom to explore campus life and participate in extracurricular activities instead of working several part-time jobs.

“Before, I was focused on just surviving. I now get so much joy out of being in a position to help others and create my own path.”

In addition to mentoring elementary students in Boston Public Schools, Riendeau serves as a research assistant for an international business professor, and spent last year’s spring break teaching underprivileged kids in the Dominican Republic. She’s also an active member of the university’s Women in Business club, where she’s met professionals in accounting and finance who offer guidance about her courses and future career.

← An Idea is Not Enough The World is My Lab →
X