'AT HOME ON SHIFTING GROUND'

At Home on Shifting Ground 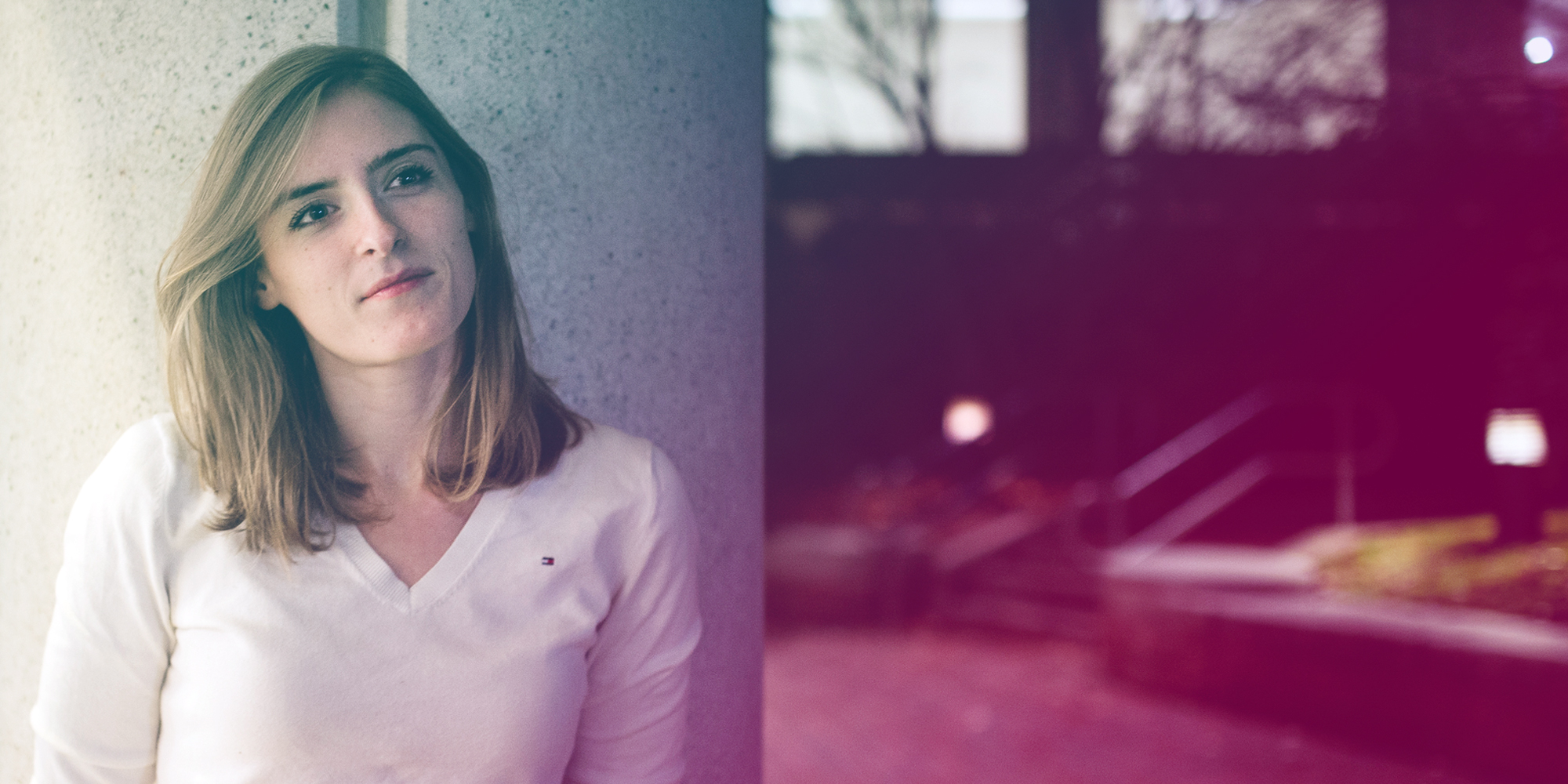 When Abbey Titcomb arrived at Northeastern in 2013, she was scared of nearly everything—the ocean, roller coasters, airplanes, and most of all, decision making. She was the type of high achiever who is driven by insecurity and the desire to please others.

That was before she discovered that, deep in her soul, she’s an entrepreneur.

Now, six months before graduation, Titcomb, E’18, is charting her own course as the founder of her own business and is relishing the uncertainty of navigating the world without a map.

“I start every day with no idea what I’m going to do next. But that’s the way it is for all entrepreneurs,” she says. “You have to be comfortable on shifting ground because that’s part of building your own product.”

Titcomb has built Knightly—a safety app for campus police and students—with the help of several donor-funded programs. It began with her scholarship as an incoming freshman, and continued with a six-month co-op at Northeastern’s Sherman Center for Engineering Entrepreneurship, two $10,000 seed grants from the IDEA student-run venture accelerator, and expert coaching from the McCarthy(s) Venture Mentor Network.

“I often joke that I’m going to bleed Northeastern dry before I graduate,” she says.

“I REALIZED I’D SPENT MY WHOLE LIFE DOING WHAT WAS EXPECTED OF ME BY SOMEONE WHO ‘KNEW BETTER.’”

“The problem was, I was bored,” she says. “I realized I’d spent my whole life doing what was expected of me by someone who ‘knew better.’ I had to do something different, but I didn’t know what. So I registered for this class called “Innovation,” with an exclamation point at the end.”

The class was business professor Tucker Marion’s course in rapid innovation, design, and development. As a final project, each student developed a product that would solve a problem for college students.

Titcomb’s project was a pocket-sized safety device that would alert police at the touch of a button if students found themselves in a dangerous situation.

Titcomb was hooked. For her second co-op, she landed a plum gig at the Sherman Center, which pays students a salary to work full time on their startup.

“It was an incredible opportunity to work 40 hours a week on my own company and get higher-education credit for the work at the same time,” she says.

During that co-op, Titcomb also received the first of two $10,000 seed grants from IDEA. “I didn’t have to give away part of my company to get funding. That’s what makes IDEA so amazing.”

IDEA also provided Titcomb with extensive training in market research and product testing. What she learned was that as initially conceived, Knightly was a terrific idea that was never going to fly.

STUDENTS WILL BE ABLE TO DOWNLOAD TITCOMB’S APP AT ORIENTATION, WHICH PROVIDES FINGERTIP ACCESS TO ALL NORTHEASTERN SAFETY RESOURCES.

Although she had identified a real problem—student safety—and created a device that would help solve that problem, students weren’t likely to buy it.

“The only thing college kids want to spend their money on is food and concert tickets,” she says. “They certainly don’t want to spend $50 to $100 on something they hope they’ll never have to use.”

So Titcomb had to come up with a new approach. The answer was to ditch the hardware concept altogether and focus solely on a software application and data analytics.

The new version of Knightly is an app that collects and analyzes safety data for two sets of users: students and police.

Students will be able to download the app at orientation, thus giving them fingertip access to all the safety resources offered by Northeastern. The app will also alert students when they’re entering potentially dangerous areas late at night, and offer alternative routes to get back to their room safely. If necessary, they can call 911 instantly by tapping on their phone.

Meanwhile, the app will track students’ movements anonymously, creating an extensive database—complete with “heat maps” of student activity at various times of day—for campus police. The data will make it possible for campus police to deploy their resources more strategically. It will also provide police with data about which types of outreach at what times of day are most likely to be read by students.

“We have some competition in the peer-to-peer safety element of the app, but practically none in police-department data analytics,” she says. “Knightly is defining a new category.”

Titcomb credits her transformation from people pleaser to innovator almost entirely to her Northeastern experience.

“I’ve always been enthusiastic, but I was scared to do,” she says. “Now I’m superconfident. I’m comfortable making my pitch in front of 100 people. I’m comfortable going into IDEA and having them ask me hard questions that I don’t have answers for—and then going out and finding the answers. I’m doing what I want to do, not what others expect of me.”